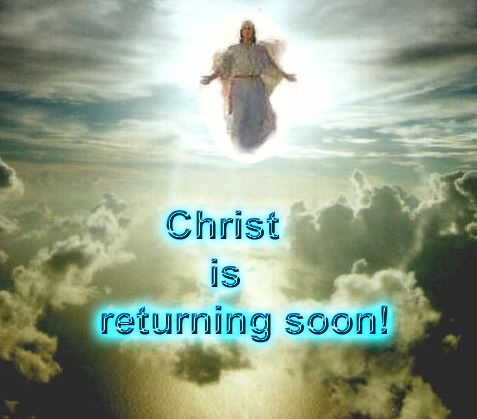 Was Jesus Christ a Prophet, King, and Priest While He Was Flesh and Blood?

Jesus was a Prophet. We all know that Jesus Christ was a prophet [prophates, “a divinely commissioned or inspired person, a person gifted for the exposition of divine truth, a foreteller of the future], for he foretold of events that would be occurring in the future, such as in Matthew 24 and Luke 21, as well as in the Book of Revelation. Moreover, we all know that He was an expositor of divine truth, which was His major responsibility in teaching all of us the ways of the Father in order that we might be given eternal life. Also, Christ was a prophet because He was divinely commissioned by the Father to heal the sick, cast out demons, raise the dead, tell people to repent of their sins, and preach the good news of the coming government (Kingdom) of God on earth (Matthew 10:1-8; 24:14; Mark 3:14-15; 6:12-17; etc.).

Jesus was a King. While Jesus lived as a flesh and blood human amongst us, we also can verify that He Himself called Himself a King. We need to read no further than Matthew 27:11, where Jesus stood before the governor and was asked, “Are You the King of the Jews?” Jesus’ answer was, “It is as you say,” present tense, right then … not after he was crucified and raised — when of course we know He was also our King — but this statement indicates He considered Himself to be King at that moment. Mark 15:2 repeats Matthew 27:11, and John 18:37 elaborates on this truth.

“You say rightly that I am a King. For this cause I was born, and for this cause I have come into the world, that I should bear witness to the truth. Everyone who is of the truth hears My voice.”

Jesus was a Priest. This statement is not mentioned directly in the New Testament, but it is implied. According to The International Standard Bible Encyclopedia (First Edition, ed. by Stanley Morris, William B. Eerdmans Publishing Company, 1939),

“A priest is one who is duly authorized to minister in sacred things, particularly to offer sacrifices on the alter, and who acts as mediator between man and God.”

Based on this definition, Jesus Christ, though not a Levitical priest since He was of the tribe of Judah, was a priest after the Order Melchisedec. He did indeed act as a Mediator between man and God — as He does today for us (I Timothy 2:15) — and was duly authorized to minister in sacred things, albeit not the sacrifices and ministrations that the Levites performed. We know that their duties were only a “copy and shadow of the heavenly things” (Hebrews 8:5), but Jesus, of the Melchisedec Priesthood, acted as a priest according to the pattern in heaven itself.

According to Brad Pitre in “Jesus and the Messianic Priesthood,” in Jesus and the Last Supper: Judaism and the Origin of the Eucharist (William B. Eerdmans Publishing Company, 2017), Christ’s physical service as a human being included …

… being a living sacrifice, the Lamb of God.

… being resurrected from the dead.

… the ritual application of His own “blood of the Lamb” on the alter in heaven.

Jesus also in Mark 14:61-64, Matthew 26:62-66, and Luke 22:66-71, affirmed that He was Christ, the Son of the blessed Father, and quoted Psalm 110 which indicates He was a heavenly High Priest. Psalm 110 says that He is a priest forever after the order of Melchizedek; that would include during His physical life.

Note also that some of David’s sons were priests, even though they were not Levites. II Samuel 8:15-18 states that besides Zadok and Ahimelech being priests [cohenim], David’s sons were cohenim as well; the King James Version in verse 18 states they were chief rulers, but the Hebrew word here is cohenim, the same word as used as for Zadok and Ahimelech. Other non-Levitical priests included Zabud, the son of Nathan (I Kings 4:5), and Ira (II Samuel 20:23-26). It is thus no stretch to contend that Jesus Christ, though not a Levite, served as a priest while living on the earth.

We also know that Jesus possessed the spirit of the Father, just as do the brethren today, and as such we are the temple of the holy spirit (I Corinthians 6:19). It is hard to imagine that one in possession of God’s spirit would not serve as both a king and a priest, which is just what the Father intended for us in the flesh. Note Exodus 19:5-6:

“Now therefore, if you will indeed obey My voice and keep My covenant, then you shall be a special treasure to Me above all people, for all the earth is Mine. And you shall be to Me a kingdom of priests and a holy nation.”

He was speaking here of the physical nation of Israel. He was implying that the spirit He wold place within them would cause them to be that special treasure … a treasure that now is in us who have been given that spirit through Christ’s sacrifice, for we read in I Peter 2:9-10,

“But you are a chosen generation, a royal priesthood, a holy nation, His own special people, that you may proclaim the praises of Him who called you out of darkness into His marvelous light; who once were not a people but are now the people of God, who had not obtained mercy but now have obtained mercy.”

Here God’s firstfruits in the flesh are called a royal priesthood. That fits with the knowledge that we will be kings and priests in the next age, after the resurrection (Revelation 5:10). Are we not now “training,” as it were, for this illustrious responsibility, just as Jesus Christ set the example that we should follow in His footsteps in this life on earth (I John 2:6; I Peter 2:21)?

Was Jesus Christ a Prophet, King, and Priest while living as a flesh and blood human on this earth? Yes indeed! We also are walking as He walked, and are growing in this same prophetic, kingly, priestly character. Why else would Paul admonish all of us to desire to prophesy (speak inspired messages) in I Corinthians 14:1, 39, and elsewhere be given instructions to walk in Christ’s footsteps as kings and priests? Of course, the full realization of these three functions will not be implemented until we are resurrected and made spirit, but the Almighty is working with us today to fulfill these awesome responsibilities even in the flesh. Let us not waver in our efforts to follow our Creator and grow into His image!