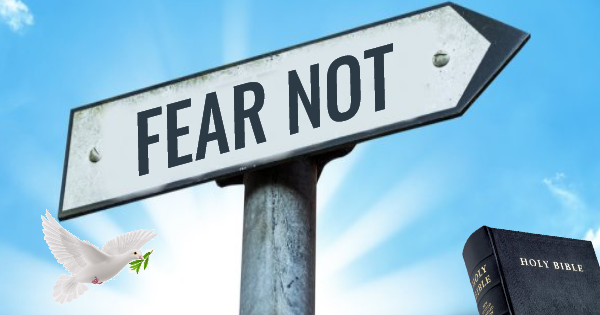 As we approach the Passover and Days of Unleavened Bread, we are brought face-to-face with the experience of Israel in Egypt. The nation was bound in slavery to a tyrannical Egyptian King.

Exodus 1:1-14. “Now these are the names of the children of Israel who came to Egypt; each man and his household came with Jacob: Reuben, Simeon, Levi, and Judah; Issachar, Zebulun, and Benjamin; Dan, Naphtali, Gad, and Asher. All those who were descendants of Jacob were seventy persons (for Joseph was in Egypt already). And Joseph died, all his brothers, and all that generation. But the children of Israel were fruitful and increased abundantly, multiplied and grew exceedingly mighty; and the land was filled with them. Now there arose a new king over Egypt, who did not know Joseph. And he said to his people, ‘Look, the people of the children of Israel are more and mightier than we; come, let us deal shrewdly with them, lest they multiply, and it happen, in the event of war, that they also join our enemies and fight against us, and so go up out of the land.’ Therefore they set taskmasters over them to afflict them with their burdens. And they built for Pharaoh supply cities, Pithom and Raamses. But the more they afflicted them, the more they multiplied and grew. And they were in dread of the children of Israel. So the Egyptians made the children of Israel serve with rigor, and they made their lives bitter with hard bondage — in, mortar, in brick, and in all manner of service in the field. All their service in which they made them serve was with rigor.”

We know the story of the Hebrew midwives, who were told to kill any newborn male but save the females (Exodus 1:15-20). Then, in desperation, the king ordered that all of the people, not just the midwives, must cast any newborn male into the River Nile whenever one was detected.

Talk about fear being instilled into the people by a tyrannical leader! Moses was born and raised by the Pharaoh’s daughter in the Pharaoh’s court and killed an Egyptian taskmaster who was smiting a fellow Hebrew, and he fled to Midian. At this point, we are told that the Israelites “sighed by reason of the bondage” from the new Pharaoh, most likely an Assyrian who had replaced the dynasty of Egypt.

Exodus 2:23-25. “Now it happened in the process of time that the king of Egypt died. Then the children of Israel groaned because of the bondage, and they cried out, and their cry came up to God because of the bondage. So God heard their groaning, and God remembered His covenant with Abraham, with Isaac, and with Jacob. And God looked upon the children of Israel, and God acknowledged them.”

God had respect onto Israel, and THE NATION at this time did the right thing: IT turned to god in the time of trial.

It seems to be an axiom of politics that governments of men, under Satan’s direction, rule and dominate by fear and force, and this is especially true when it comes to the covenant people of Israel, whom Satan utterly hates and wants to destroy. He has mercilessly hounded and persecuted these Hebrews throughout history, and continues to do so today!

Now let us jump to the time of the plagues of Egypt, and the final thrusting out of God’s people, until they arrived at the shores of the Red Se (Exodus 14:1-12). Then, notice what Moses said in verses 13 and 14: Fear not!

Exodus 14:13-14. “And Moses said to the people, ‘Do not be afraid. Stand still, and see the salvation of the Lord, which He will accomplish for you today. For the Egyptians whom you see today,  you shall see again no more forever. The Lord will fight for you, and you shall hold your peace.’”

God held the Egyptian army at bay with a pillar of cloud and fire, until the morning when the sea had parted, and Israel crossed over to Arabia. Notice that, while the Israelites were saved in their affliction, the enemy, the Egyptian army, was utterly annihilated.

This is the lesson for us: We must not fear Satan’s wrath, which strikes at us constantly, but we must fear God who made us. Note what Peter said in Acts. Peter and the disciples were fearless before men of this world who threatened them.

Acts 5:25-32. “So one came and told them, saying, ‘Look, the men whom you put in prison are standing in the temple and teaching the people!’ Then the captain went with the officers and brought them without violence, for they feared the people, lest they should be stoned. And when they had brought them, they set them before the council. And the high priest asked them, saying, ‘Did we not strictly command you not to teach in this name? And look, you have filled Jerusalem with your doctrine, and intend to bring this Man’s blood on us!’ But Peter and the other apostles answered and said: ‘We ought to obey God rather than men. The God of our fathers raised up Jesus whom you murdered by hanging on a tree. Him God has exalted to His right hand to be Prince and Savior, to give repentance to Israel and forgiveness of sins. And we are His witnesses to these things, and so also is the holy spirit whom God has given to those who obey Him.’”

We likewise must be fearless before men of this world.

Psalm 146:3-4.”Do not put your trust in princes, nor in a son of man, in whom there is no help. His spirit departs, he returns to his earth; in that very day his plans perish.”

Look at the many occasions where we are told to “fear not”. (Galatians 6:9). Look at the incredible future that God has promised us if we do not faint along the pathway He has chosen for us.

John 14:1-2. “Let not your heart be troubled; you believe in God, believe also in Me. In My Father’s house are many mansions; if it were not so, I would have told you. I go to prepare a place for you.”

Joshua 1:5-9. “No man shall be able to stand before you all the days of your life; as I was with Moses, so I will be with you. I will not leave you nor forsake you. Be strong and of good courage, for to this, people you shall divide as an inheritance the land which I swore to their fathers to give them. Only be strong and very courageous, that you may observe to do according to all the law which Moses My servant commanded you; do not turn from it to the right hand or to the left, that you may prosper wherever you go. This Book of the Law shall not depart from your mouth, but you shall meditate on it day and night, that you may observe to do according to all that is written in it. For then you will make your way prosperous, and then you will have good success. Have I not commanded you? Be strong and of good courage; do not be afraid, nor be dismayed, for the Lord your God is with you wherever you go.”

Genesis 15:1. “After all these things the word of the Lord came unto Abram in a vision, saying, ‘Fear not, Abram: I am your shield and your exceedingly great reward.’”

Genesis 46:1-3. “So Israel took his journey with all that he had, and came to Beersheba, and offered sacrifices to the God of his father Isaac. Then God spoke to Israel in the visions of the night, and said, ‘Jacob, Jacob!’ And he said, ‘Here I am.’ So He said, ‘I am God, the God of your father; do not fear to go down to Egypt, for I will make of you a great nation there.’”

Genesis 50:15-24. “When Joseph’s brothers saw that their father was dead, they said, ‘Perhaps Joseph will hate us, and may actually repay us for all the evil which we did to him.’ So they sent messengers to Joseph, saying, ‘Before your father died he commanded, saying, ‘Thus you shall say to Joseph: “I beg you, please forgive the trespass of your brothers and their sin; for they did evil to you.” ‘Now please, forgive the trespass of the servants of the God of your father.’ And Joseph wept when they spoke to him. Then his brothers also went and fell down before his face, and they said, ‘Behold, we are your servants.’ Joseph said to them, ‘Do not be afraid, for am I in the place of God? but as for you, you meant evil against me; but God meant it for good, in order to bring it about as it is this day, to save many people alive. Now, therefore, do not be afraid; I will provide for you and your little ones.’ And he comforted them and spoke kindly to them. So Joseph dwelt in Egypt, he and his father’s household. And Joseph lived one hundred and ten years. Joseph saw Ephraim’s children to the third generation. The children of Machir, the son of Manasseh, were also brought up on Joseph’s knees. And Joseph said to his brethren, ‘I am dying; but God will surely visit you, and bring you out of this land to the land of which He swore to Abraham, to Isaac, and to Jacob.’”

Exodus 20:18-20. “Now all the people witnessed the thunderings, the lightning flashes, the sound of the trumpet, and the mountain smoking; and when the people saw it, they trembled and stood afar off. Then they said to Moses, ‘You speak with us, and we will hear; but let not God speak with us, lest we die.’ And Moses said to the people, ‘Do not fear; for God has come to test you, and that His fear may be before you, so that you may not sin.’”

Numbers 21:33-35. “And they turned and went up by the way to Bashan. So Og king of Bashan went out against them, he and all his people, to battle at Edrei. Then the Lord said to Moses, ‘Do not fear him, for I have delivered him into your hand, with all his people and his land; and you shall do to him as you did to Sihon king of the Amorites, who dwelt at Heshbon.’ So they defeated him, his sons, and all his people until there was no survivor left him; and they took possession of his land.”

Deuteronomy 1:20-21. “And I said to you, ‘You have come to the mountains of the Amorites, which the Lord our God is giving us. Look, the Lord your God has set the land before you; go up and possess it, as the Lord God of your fathers has spoken to you; do not fear or be discouraged.’”

It is through fear of death that people are held in bondage, but we need not fear death, for we have the promise of life eternal!

Hebrews 2:14-15.”Inasmuch then as the children have partaken of flesh and blood, He Himself likewise shared in the same, that through death He might destroy him who had the power of death, that is the devil, and release those who through fear of death were all their lifetime subject to bondage.”

Fear not! Rather, have faith in God who made us, sustains us, and has promised us the world!