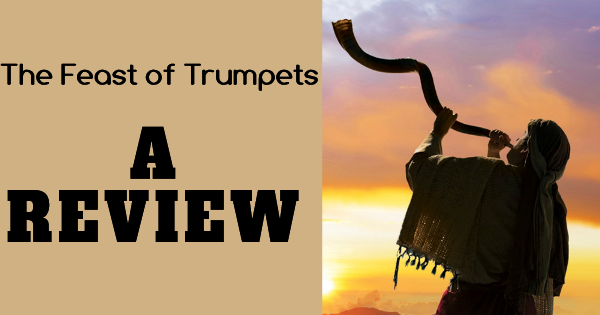 The Feast of Trumpets, a Review

I. Basic scriptures surrounding the Feast of Trumpets are relatively few.

II. Yet, this day is momentous in the plan of God throughout the ages.

A. Note the parallel to the seven days of Israel encompassing Jericho — a type of modern-day Babylon — with seven priests blowing seven trumpets before the ark for six days as they circumvented the city. On the seventh day, the city was compassed seven times, and then the seven trumpets were blown, the people shouted, and the walls of Jericho [Babylon] collapsed … except for one small part where Rahab and her family resided (Joshua 6:11-21). Do these seven days of blowing trumpets parallel the seven successive trumpets of Revelation? The long blasts on the seventh day would signal the finality of the age: the resurrection and the fall of Babylon, like the chosen people (Israel), finally entering the Promised Land (the resurrection), and the walls of Jericho falling like Babylon will fall.

B. At the end of the age, seven angels will blow seven trumpets to initiate monumental plagues that will strike the earth.

C. The seventh and last trumpet is the time of the resurrection of the saints.

III. A major question arises as to who will be in the first resurrection, termed a “better resurrection” by Paul (Hebrews 11:35), in a time when many people claim that all individuals will be saved.

C. Yet, amongst the Gentiles (non-Israelites), who must be grafted into Israel to be saved (Romans 11:17), thereby partaking of the Savior of all mankind, it is apparent that not all of them will accept Christ as their Lord, repent, and be saved. God does not force anyone to repent, but pleads with men that they will.

D. Several scriptures indicate that salvation can be lost if one rejects the calling of the Father (John 6:44) and refuses to repent, and then lives a life of habitual sin.

1. Revelation 22:18-19. Those that add to or take away from God’s words will be removed from the Book of Life.

2. I Corinthians 9:27. Paul kept his body in subjection lest he be a castaway (adokimos = “rejected or disapproved”).

3. Psalm 51:10-11. David acknowledged that he could have the holy spirit removed from him.

4. Ephesians 1:4-12; Romans 8:29-30. The Father indicates He has predestined from the foundation of the world those who will inherit salvation. This implies many, but not all, will receive eternal life.

5. Only those written in the Book of Life will be saved. Would this fact even be mentioned unless there would be some who would not be in the Book? (Revelation 20:14-15).

E. Total annihilation, not everlasting pain and suffering, is prophesied for those who do not attain eternal life.

4. It is apparent that, if one does not process the holy spirit which imparts eternal life beyond the flesh, the whole being, including the spirit (nephesh) that gives him physical life can be destroyed by fire.

a. Note Matthew 10:28. Fear the Father who can destroy both body and soul (nephesh)) in gehenna fire.

b. It is of interest that in mythology the “gods” were very careful when they were manifested as physical, not to damage their bodies. They knew they were vulnerable in that state.

F. There apparently comes a point in one’s life when he becomes so inclined to habitual sin that he cannot be turned back to repentance and seeking after God.

1. The unpardonable sin may be refusing never to repent.

2. The tribes of Cannon were destroyed because of their terrible sins; some assume they had progressed beyond the point of no return and would not repent even if made aware of Jesus Christ’s sacrifice.

3. God endures “vessels fit for destruction with much longsuffering”, showing that He is patient even with them despite the fact that they will ultimately be destroyed (Romans 9:22). This is contrasted with vessels “made beforehand prepared for glory” (Romans 9:23).

IV. We can be sure that the Feast of Trumpets pictures our own resurrection as spirits to meet Jesus Christ in the clouds of angels and sons of God. Then follows the marriage supper, and finally the return of us all to destroy the beast, the false prophet, and their armies before, the earth is thrust into the Kingdom of God!