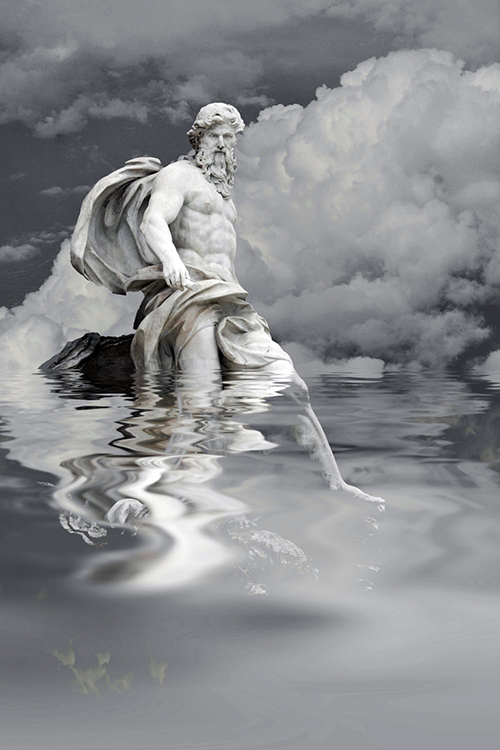 Gods, the Heavenly Council, Angels, and Demons — a Brief Look

I. We have often heard it be said that we must know the enemy and his nature in order to best be able to defend against him. Such a truth applies to knowing our enemy Satan the devil, especially since he wants to utterly destroy us. I Peter 5:8.  “Be sober, be vigilant, because your adversary the devil, as a roaring lion, walks about, seeking whom he may devour.”

II. It is critical to understand the nature of this powerful spiritual being and those who are allied with him, for they are truly our enemies. They also pose as “angels of light” to deceive people into thinking they are good.
Ephesians 6:11-13.  “Put on the whole armor of God, that you may be able to stand against the wiles of the devil.  For we wrestle not against flesh and blood but against principalities, against powers, against the rulers of the darkness of this world, against spiritual wickedness in high places.  Wherefore take unto you the whole armor of God, that you may be able to withstand in the evil day, and having done all, to stand.”
principalities (746) = arche, “a commencement or chief (in rank)”.
powers (1849) = exousia, “privilege, i.e. force, capacity, competency, freedom, mastery, or delegated influence.”
rulers (2888) = kosmokrator, “a world ruler”.
darkness (4655) = skotos, “shadiness, i.e. obscurity.”
spiritual (4152) = pneumatikos, “non-carnal, i.e. ethereal or spirit.”
wickedness (4189) = poneria, “depravity, i.e. malice, plots, sins.”
II Corinthians 11:14.  “And no marvel, for Satan himself is transformed into an angel of light.”
III.  We know that Satan has several titles throughout Scripture.
A. Dragon, old serpent, the Devil, Satan, Revelation 20:2.
B. Angel [messenger] of the bottomless pit, Abaddon [Hebrew], Apollyon [Greek, “a destroyer’]. Revelation 9:11.
C. Beelzebub [954, “chief of evil spirits’]. Matthew 10:25, etc.
D. Lucifer [Helel = 1966, “brightness, morning star”], son of the morning. Isaiah 14:12.
E. Anointed cherub [yowm = 3117, “to be hot; a day (as the noon hours)’]. Ezekiel 28:14.

IV. There is a clear record of this Satan being an adversary to the plan of God from the very beginning of the scriptures.
A. We are introduced to Satan’s first encounter with mankind in Scripture in the Garden of Eden (see Genesis 2:8-14), a well-watered place that is also identified as Eden the garden of God and the mountain of God in Ezekiel 28:13-14.
B. This place was a place where the God-beings met on occasion, or at least visited frequently, for Eve did not think it unusual when confronted by the serpent there. serpent (5175) = nachash, from 5172, “to hiss, i.e. whisper a (magic) spell; gen. to prognosticate”; translated ”enchantment, divine, enchanter, etc.”
C. The term nachash is a very elastic term as used in the Hebrew, and can function as a noun, verb, or adjective. When used as a noun it means “snake”, but when used as a verb it means “to practice divination”.  As a adjective with an article ha attached, the word means “the diviner”.  Standing alone as an adjective, nachash means “shining bronze” or “polished” (shiny), so by adding the article ha the word can mean “the shiny or luminous one.  This recalls the nature of spirits as shining in their brilliance (Exodus 33:20; note also how in the presence of God Israel had to be shielded by a cloud:  Exodus 13:21), flashing, as lightening (Luke 10:18), or having colors and flashing like jewels (Ezekiel 28:13).  Thus, we have …

rebelled against God, and sought to usurp the headship of God’s council and who was placed beneath the created things he vowed to rule, and sentenced to the domain of the underworld.

E. The tragedy that occurred after this rebellion is summarized by Michael Heiser as follows (Heiser, M., Divine Council Forum, Chapter 5, “The Worst of Times”, page 38):

“Eve was deceived and, together with Adam, plunged humanity into a sinful state.  But again there is more at play here.  While it is true that Helel wanted rulership of the council, there was another goal.  He knew it was God’s intention to make humankind in His image, members of His divine council, and to give them authority over the earth, the place where the council met.  Humans would therefore be a  threat, pure and simple.  The only solution was to eliminate them, but he did not dare do that himself.  No, God had to make that decision — and He would make that decision if they sinned against Him.  Or so Helel thought.

“Adam and Eve did sin, of course, but God reacted in a way Helel did not anticipate.  He gave them another chance.  While humans were driven from the Garden of Eden, they at least were not killed.  Moreover, God instituted a means by which their transgressions could be atoned for.  One day some descendent of Eve (Genesis 3:15) would undo the effects of their fall.  Paul informs us much later that this seed or offspring was Christ (Galatians 3:15-16).  The divine vice regent of Yahweh’s council would one day be born of human flesh, pay the penalty for our sin, and rise again so that we could regain our status as children of God, rulers with Him in His council over all that is .”

“I saw the Lord sitting on His throne, and all the host of heaven standing by him on His right hand and on His left.  And the Lord said, Who shall persuade Ahab, that he may go up and fall at Ramoth-gilead?  And one said on this manner, and another said on that manner.  And there came forth a spirit and stood before the Lord, and said, I will persuade him.  And the Lord said unto him, Wherewith?  And he said, I will go forth and I will be a lying spirit in the mouth of all his prophets.  And He said, You shall persuade him, and prevail also:  go forth and do so”

Psalm 89:35-37.  “Once I swore by My holy one I do not lie to David; his offspring will continue forever, and his throne as the sun before Me; as the moon it will be established forever, and a witness in the clouds will be faithful.  Selah”.  (Note the suggested wording by M. Tate in his book Psalms 51 to 100, page 425.)

Psalm 82:1-8.  “God [Elohim] stands in the divine assembly; He judges among the gods [Elohim].  How long will you judge unjustly, and accept the persons of the wicked?  Selah.  Defend the poor and fatherless:  do justice to the afflicted and needy.  Deliver the poor and needy:  rid [them] out of the hand of the wicked.  They (the Elohim] knew not, neither will they [the Elohim] understand ; they [the Elohim] walk on in darkness; all the foundations of the earth are out of course.  I have said, you [are] gods [Elohim], and all of you [are] the sons of the most High.  But you shall die like Adam, and fall like one of the Shining Ones.  Arise, O God, judge the earth, for you shall inherit all nations.”

Daniel 7:9-10, 13.  “As I looked on thrones were set in place, and the Ancient of Days took His seat.  His garment was like white snow, and the hair of His head was like lamb’s wool.  His throne was tongues of flame; its wheels were blazing fire.  A river of fire streamed forth before Him; thousands upon thousands served Him, myriads upon myriads attended Him; the court sat and the books were opened ….  I saw in the night visions, and behold One like a human being came with the clouds of heaven; He reached the Ancient of Days and was presented to Him.”

Note:  This last verse (13) of Daniel 7 is the very verse quoted by Jesus Christ before Caiaphas the high priest before His crucifixion (Matthew 26:64), showing that He is the One coming in the clouds of heaven, and that He was at this heavenly council before the “Ancient of Days” many centuries ago.

Psalm 45:6-7.  “Your throne, O God, is forever and ever:  the scepter of Your kingdom is a right scepter.  You love righteousness and hate wickedness:  therefore God, you God, has anointed You with the oil of gladness above Your fellows.”  (See Hebrews 1:8-9, where this section is quoted.)

In the Old Testament:

In the New Testament:

worship (4352) = proskuneo, “to kiss, like a dog licking his master’s hand, to fawn or crouch to, to prostrate oneself in homage”.

VII.  The dark spirits against whom we battle are real, but their origin is not absolutely clear.

VIII.  We as God’s people can be certain that God will never leave us to battle the

evil spirits of the demonic world alone.  Rather, He has given us power over the spirits of evil     (Matthew 10:8), and has told us to expose evil and not fear it (Psalm 23:4).  Besides, we know that through prayer (Matthew 6:13) and exercising the will of God in us we can put Satan and his demons to flight!

“Get you hence, Satan, for it is written, You shall worship the Yahweh Elohim, and Him only shall you serve.”  Matthew  4:10.